Shakespeare References in Joe Haldeman’s None So Blind 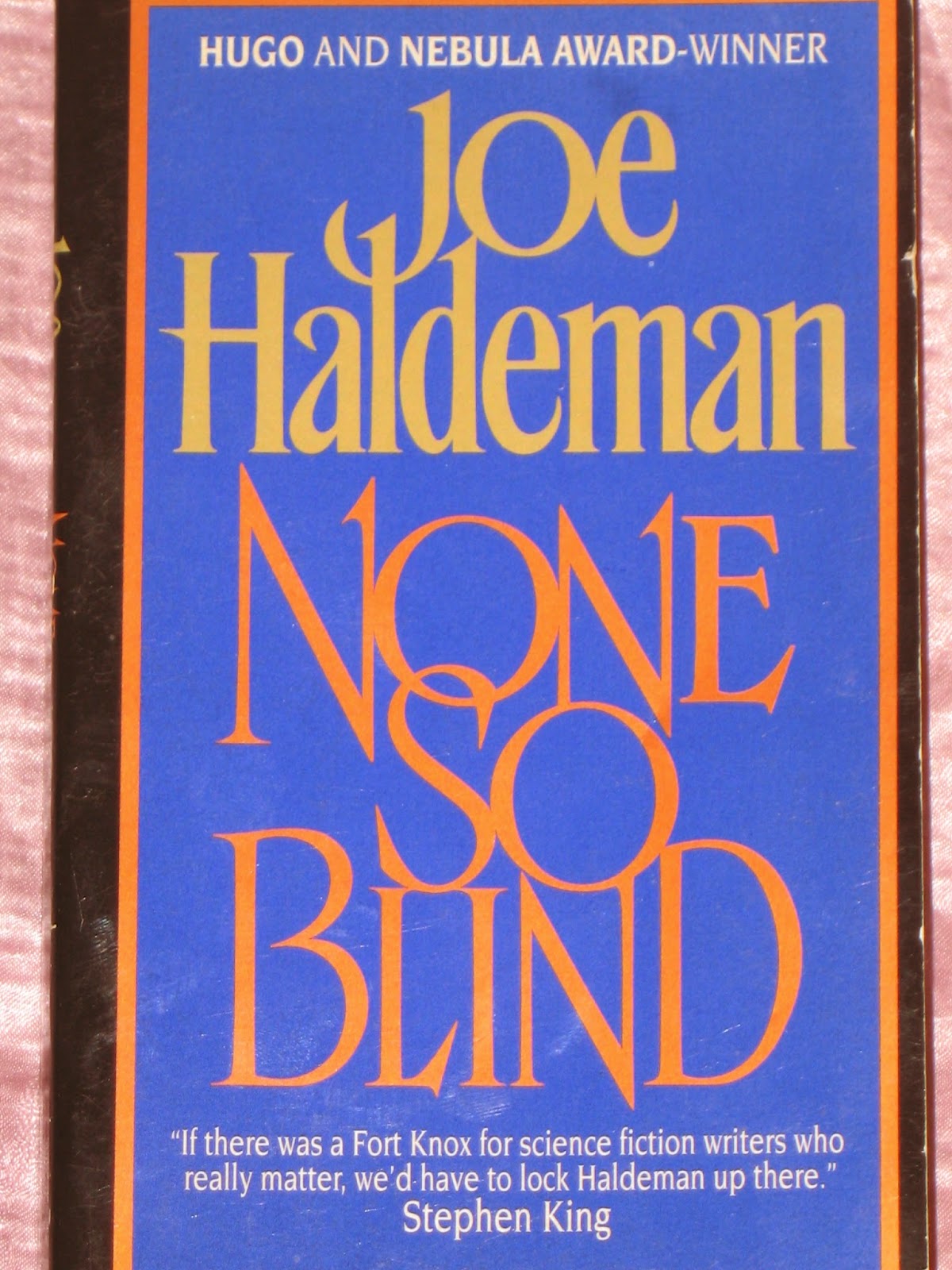 None So Blind is a collection of Joe Haldeman's science fiction short stories and poems, several of which have Shakespeare references.

The story “Passages” contains a reference to Hamlet: “It took a step forward and rolled its shoulders like an exotic dancer, very exotic, which I supposed was an Obelobelian shrug. ‘Not maybe, die maybe. It is… self. You must be…self.’ Always good advice. Go forty light-years and find Polonius” (p. 59). That, of course, refers to Polonius’ famous advice to Laertes: “to thine own self be true.”

“Images” contains a reference to The Taming Of The Shrew: “I’d done leads in Shrew and Salesman and had dozens of smaller parts” (p. 180).

“The Cure” has a reference to Macbeth: “Now people were shooting back, and it was like one of those reenactments you get at Corral World or somewhere, sound and fury and nobody getting really hurt” (p. 228). That line contains a reference to one of the most famous speeches in the play, when Macbeth says, “It is a tale/Told by an idiot, full of sound and fury,/Signifying nothing.”

“None So Blind” contains a Hamlet reference: “So along came Cletus, to whom Cupid had dealt only slings and arrows, and what might otherwise have been merely an opposites-attract sort of romance became an emotional and intellectual union that, in the next century, would power a social tsunami that would irreversibly transform the human condition” (p. 251). The phrase “slings and arrows” comes from that most famous of all speeches, the “To be or not to be” speech.

The poem “The Homecoming” contains a reference to The Merchant Of Venice: “but a shylock in Saigon would give you/five for six, in crisp hundred-dollar bills” (p. 264).