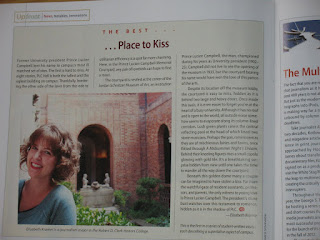 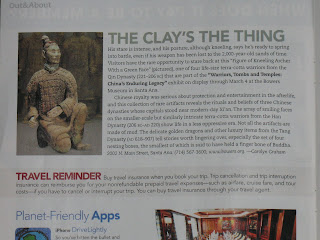 Going through some magazines, I came across a couple of Shakespeare references. The first is in the Winter 2011 issue of Oregon Quarterly, the magazine of the University Of Oregon. On page 24, in an essay written by student Elisabeth Kramer, there is a reference to A Midsummer Night's Dream: "Lush green plants caress the central reflecting pool at the head of which kneel two stone musicians. Perhaps the pair, reminiscent as they are of mischievous fairies and fawns, once flitted through A Midsummer Night's Dream."

The second is in the January/February 2012 issue of Westways. On page 20, the title of a very short article (they're all very short articles in this magazine) is "The Clay's The Thing," an obvious reference to Hamlet's line in Act II Scene ii: "The play's the thing/Wherein I'll catch the conscience of the king."
Posted by Michael Doherty at 2:39 PM