Shakespeare Reference in Till Death Do Us Part 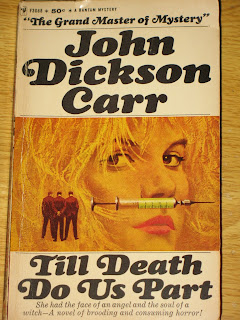 Till Death Do Us Part was published in 1944. The edition I read was the second printing of the New Bantam Edition, published in 1965.
Posted by Michael Doherty at 2:42 PM