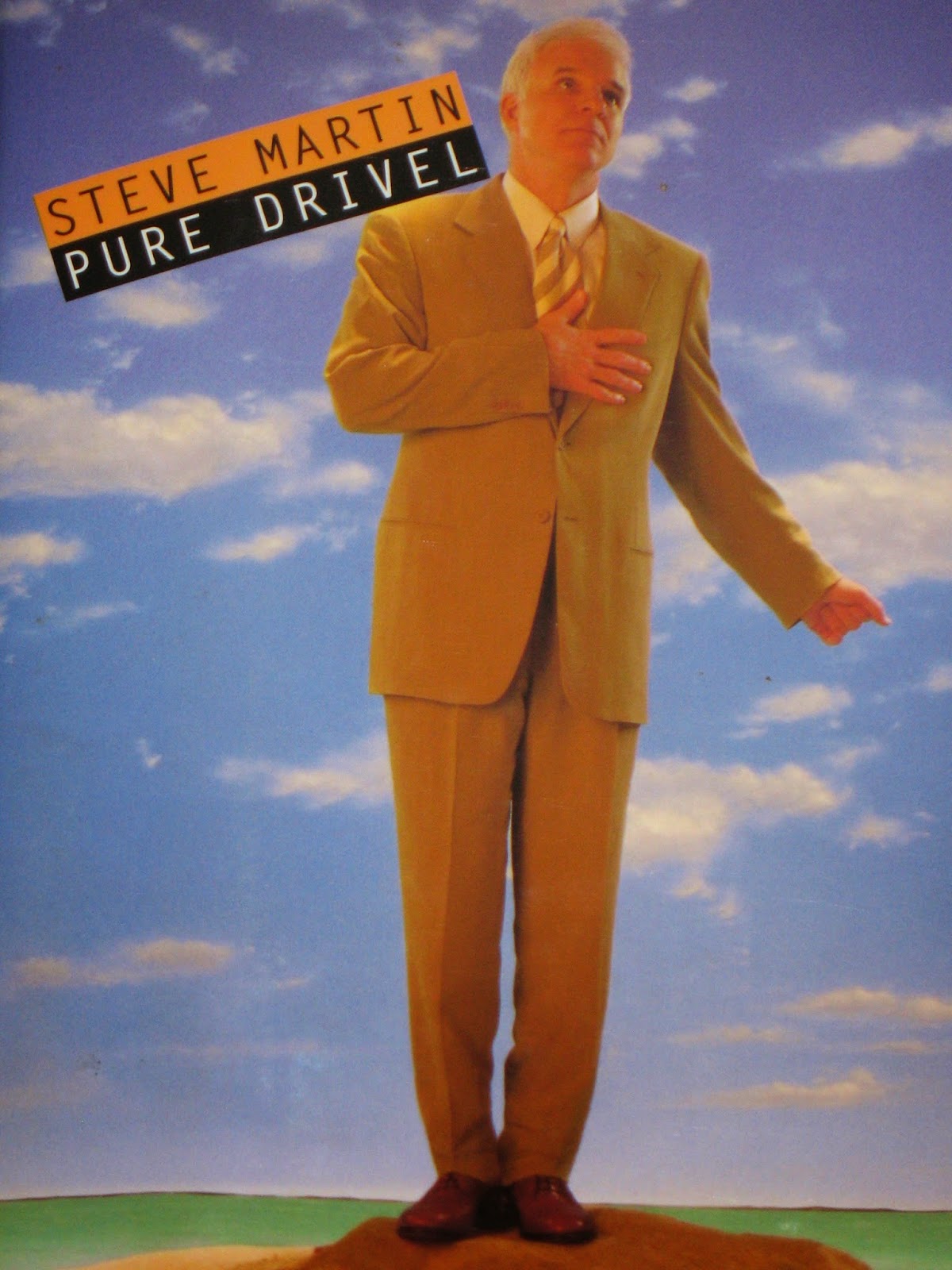 Steve Martin mentions Shakespeare a couple of times in his collection of short comedic works, Pure Drivel, which was published in 1998. The first is in a piece titled "Writing Is Easy!" Steve Martin writes, "Once you have mastered these two concepts, vivid character writing combined with adjectives, you are on your way to becoming the next Shakespeare's brother" (p. 9).

And then, in "Times Roman Font Announces Shortage Of Periods," a piece on coping with a lack of periods, he writes: "Notice how these knotty epigrams from Shakespeare are easily unraveled:" (p. 32), and then includes two lines from Shakespeare. The first line is "Every cloud engenders not a storm," and after it is a happy face in place of a period. The line "For every cloud engenders not a storm" is from Act V Scene iii of The Third Part Of King Henry The Sixth, not one often quoted. The second line is "Horatio, I am dead," and it is followed by a sad face. That line, of course, is from the fifth act of Hamlet. However, that line in the play is followed by a semicolon, not a period, so it doesn't work with Steve Martin's intentions. Steve Martin should have included the slightly earlier line, "I am dead, Horatio," which does end with a period.

Posted by Michael Doherty at 1:00 AM