Shakespeare References in The Love Letter 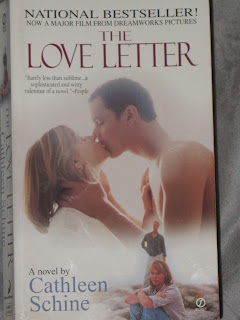 Sometimes I’m surprised when I find a Shakespeare reference in a certain book. Not this time. The Love Letter, a novel by Cathleen Schine, centers on a woman who owns a book store, so I was fully expecting at least one reference to Shakespeare. There are two. The first is a reference to Shakespeare himself, not a specific play: “He felt a surge of giddy, shameless pleasure, garrulous and expansive, as if he were on stage, as if his voice boomed magnificent lines, Shakespeare, Chekhov, Kaufman and Hart” (p. 105). The second reference is to Shakespeare, as well as (sort of) to Hamlet: “She had named her store Horatio Street Books out of nostalgia for her last address – and because it had a slight Shakespearian ring to it” (p. 201).