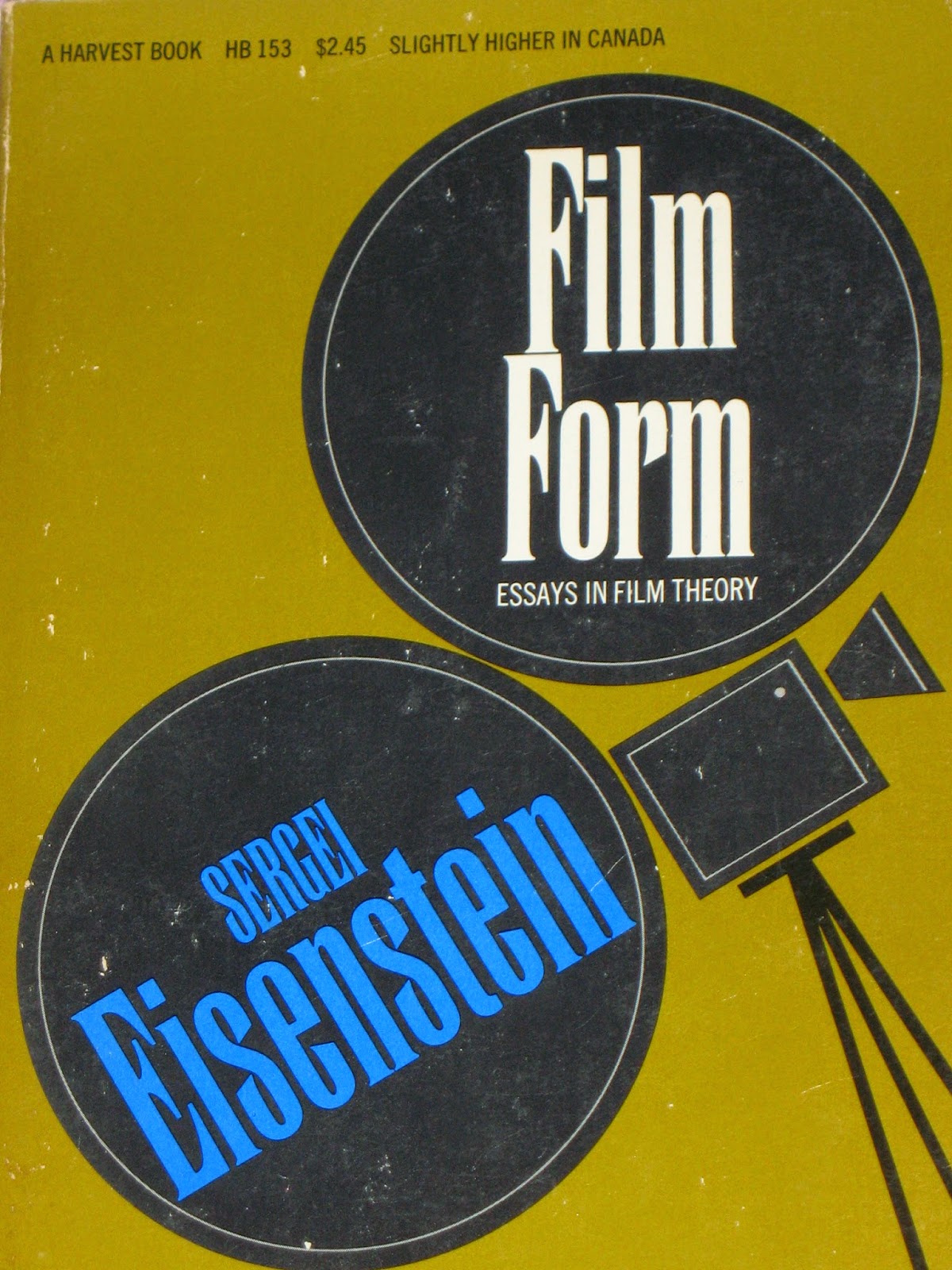 Sergei Eisenstein’s Film Form: Essays In Film Theory contains several Shakespeare references. The first is in a piece titled “The Unexpected,” from 1928, but is actually in a passage that he quotes from his own earlier work from 1923: “…the patter of Ostuzhev no more than the pink tights of the prima-donna, a roll on the kettledrums as much as Romeo’s soliloquy, the cricket on the hearth no less than the cannon fired over the heads of the audience” (p. 21).

The second is in a piece titled “Film Form: New Problems,” from 1935. Eisenstein writes: “If a dramatist’s scene ‘sounds’ a certain key, then all elements of its embodiment must sound the same key. There is an unsurpassed classical example of this in King Lear, whose inner tempest echoes the tempest on the moor, raging round him on the stage” (p. 134). Eisenstein mentions King Lear again in “The Structure Of The Film”: “Shakespeare has given us a classical example of this in the ‘frenzy’ of Lear, a frenzy that goes beyond the boundaries of the personage, into the ‘frenzy’ of nature itself – into a tempest” (p. 169).

“The Structure Of The Film” actually begins with a passage from The Winter’s Tale: “This is an Art/Which does mend Nature: change it rather, but/The Art itselfe, is Nature” (p. 150). These lines are from Act IV Scene iv, and are spoken by Polixenes.

The piece titled “Dickens, Griffith, And The Film Today” has a couple of references. Here is the first: “Let Dickens and the whole ancestral array, going back as far as the Greeks and Shakespeare, be superfluous reminders that both Griffith and our cinema prove our origins to be not solely as of Edison and his fellow inventors, but as based on an enormous cultured past; each part of this past in its own moment of world history has moved forward the great art of cinematography” (pages 232-233). The second is a reference to Hamlet: “But pronounced without a corresponding emotional degree, without corresponding emotional preparation, the ‘image’ inevitably sounds absurd. When Hamlet tells Laertes: ‘I loved Ophelia; forty thousand brothers/Could not, with all their quantity of love,/Make up my sum….’ this is very pathetic and arresting; but try taking from this the expression of heightened emotion, transfer it to a setting of ordinary lifelike conversation, that is, consider the immediate objective content of this image, and it will evoke nothing but laughter!” (p. 252).

This book was published in 1949. It was edited and translated by Jay Leyda.
Posted by Michael Doherty at 3:05 PM